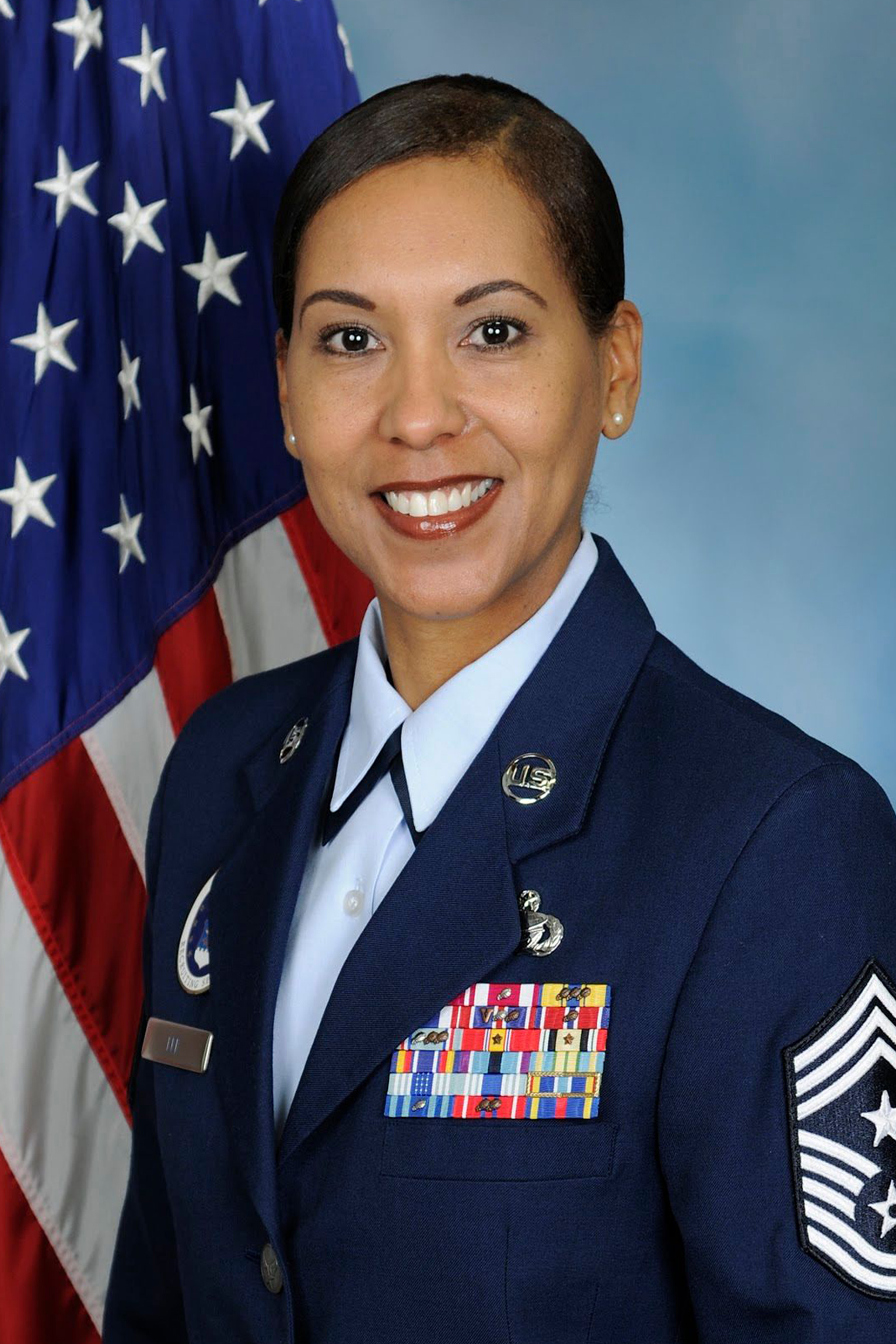 Chief Master Sergeant Sonia T. Lee is the Command Chief Master Sergeant of the Air Force Recruiting Service, Joint Base San Antonio-Randolph, Texas. The Air Force Recruiting Service comprises more than 2,800 Airmen and civilians and approximately 1,040 recruiting offices across the U.S. and abroad. She is responsible for all enlisted accessions and a variety of officer accession programs. AFRS also manages all strategic marketing for the U.S. Air
Force.
Chief Lee is from Union, South Carolina and entered the Air Force in August 1992. Her background includes various duties in personnel management at the unit and major command levels. Throughout her career, she has filled a myriad of roles including Additional-Duty First Sergeant, Airman Leadership School Commandant and Command Chief. Her assignments include bases in Texas, South Carolina, Florida, Utah, South Dakota, Guam, Germany and deployments in support of Operation Iraqi Freedom and Operation Enduring Freedom. Prior to assuming her current position, she served as the Superintendent of the Secretary of the Air Force and Chief of Staff of the Air Force Executive Action Group in Washington, D.C.